A trip to the Simpson Desert is the ultimate outback adventure. 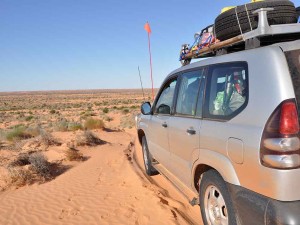 From my very first visit to the Simpson Desert back in 2002, I have been captivated by this deeply beautiful and moving place.

The feeling of hundreds of kilometres of dunes stretching out before you beneath an immense blue sky, where few people dare to venture is something you’ll never forget.

So on this page, we’ve put together an overview of this iconic desert, packed with information and links that you’ll need if you’re planning a trip into the Simpson.

The Simpson is made up of 1100 parallel sand dunes that run north-north-west to south-south-east.

Some of these dunes are 200 kilometres long, and tracks like the Old Andado, Colson or Hay River tracks have been made in the swales (the dips) of the dunes and run for tens of kilometres.

Far from being desolate, the Simpson is home to an incredible array of birds, animals and plants. In certain places like Purnie Bore, underground water bubbles to the surface and turns the desert into an oasis where life thrives.

The Simpson Desert is both beautiful AND challenging. If you’re thinking about exploring this magic place, you’ll need to be VERY well prepared.

Which is why we’ve created the Simpson Desert Ultimate Guide to help you start planning your adventure.

Here are some BIG Simpson Facts:

The Simpson is situated in the far north of South Australia near Lake Eyre, and extends north into the Northern Territory for almost 300km all the way to the Plenty Highway, and east into Queensland to Birdsville. 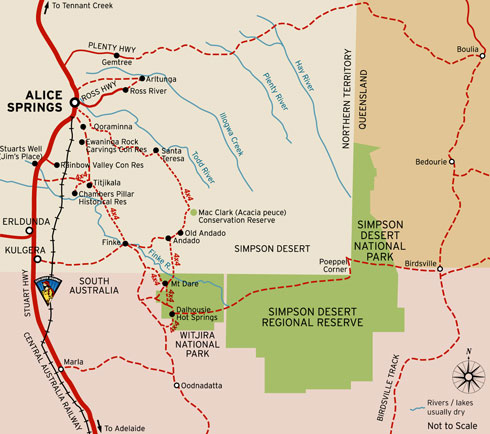 The Simpson Desert is BIG!

It takes up 170,000 square kilometres. It straddles three states: the Northern Territory, South Australia and Queensland.

There are no towns or cities in the desert ; only a hand full of Aboriginal Outstations in the north and north-west, and a few pastoral stations.

There are hundreds of kilometres between fuel, food and water stops on most of the crossings.

However, there’s also ways to experience the Simpson Desert WITHOUT needing to weeks to see it or advanced 4WDing skills (we’ll show you how below).

Via the Northern Territory: 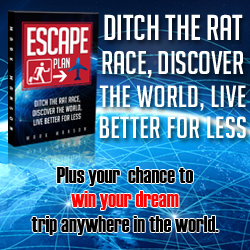 Much of the Simpson is protected within four national parks (or conservation reserves), protecting a total of 54,338 square kilometres of land.

This sounds like a lot, but when you remember that the Simpson covers almost 200,000 square kilometres, this means that only a quarter of the desert is protected.

These national parks are:

Click on the links above to learn more about each park, how to get there, facilities, what to see and do.

The largest portion of the desert, which lies in the Northern Territory, is now Aboriginal Land, and you’ll need a permit to enter it.

(Although many people just go and ignore the need for a permit. Whilst we’re not telling you to do this, the chances of you getting caught by anyone are fairly low… it’s a bloody big desert, after all!).

You can find out more information on the Hale River Track and tag along tours from Jol Fleming at Direct Awareness 4WD.

Permits for the Hale River Track are available via the Central Land Council. You can apply online here. (Permits don’t cost anything.)

If you’re planning on crossing the Simpson Desert via any of the tracks which travel through South Australia, such as the French Line, the QAA Line or the WAA Line, you’ll need to purchase a Desert Parks Pass from the South Australian Parks and Wildlife Service.

Click here to download and purchase a Desert Parks Pass (link takes you to a SA government website). At the time of writing, the cost of the pass was $150.

Be aware that all national parks in the Simpson Desert are closed in summer, from 1 December-15 March.

That’s not a typo, either. Remember: in outback Australia, summer goes from December through March.

This is just a glimpse the Simpson’s history:

The Simpson Desert climate can be described as ‘arid’.

Its rainfall is low, averaging only 150mm per year. Weather is very hot in summer, but temperate in winter. Winter nights often fall below freezing.

In other words, the climate is one of extremes.

Temperatures average 36-39C in summer and 18-24C in winter. However, summer temperatures of 50C have been recorded!

Ranger colleagues have experienced temperatures of 50C during summer whilst camping at the Mac Clarke Conservation Reserve on the Simpson’s eastern edge, and have, unfortunately, had to sleep in them! We don’t recommend this!

January and February are the hottest months of the year.

July is generally the coolest month in the Simpson. The temperature can drop below freezing, and frosts occur on 50% of mornings.

This table shows the average minimum and maximum temperatures for each month.

Rainfall varies widely in the Outback, and the Simpson’s rainfall is one of the lowest in Australia.

The main influence upon rainfall is tropical lows and cyclones.

That’s right. If there’s a cyclone (a hurricane) in the Kimberly region of Western Australia, it might travel all the way down through the Red Centre to the Simpson Desert.

The Simpson Desert is at the absolute maximum extent of these tropical rain events. It’s also a long way inland, away from the ocean and there are no large mountain ranges to attract clouds.

Therefore, the Simpson Desert climate relies on the tail-end of tropical rainfall events.

Cyclones and other tropical weather patterns lose their puff as they travel south over the Tanami and Alice Springs, so predictably, the Simpson Desert’s rainfall is one of the lowest in Australia.

However, rain can fall at anytime in the Simpson Desert. Some years, no rain falls at all, whilst in other years (like 2010 -2011), there is widespread flooding!

It can also get quite windy at certain times of the year. Dust storms are infrequent, but do occur about 4 -5 times per year.

During October to March when it’s warmer, most of the winds come from the southeast.

In autumn (fall) and winter, it tends to be less windy.

However, like many parts of Australia, the period from October- December can be quite windy, although gales are rare.

Aboriginal people around Alice Springs often call this the ‘sickness’ season, as many people get eye, ear, nose and throat infections at this time of the year, which are thought to be caused by the wind.

May, June and July are the ideal times to visit.

In June and July, you can expect clear days with perfect blue skies, and temperatures of around 20C. The nights often fall below 0C (30F), so make sure you take plenty of warm clothes and a warm sleeping bag.

However, we have to say that there is nothing like a July night in the Simpson Desert, spent sleeping under the stars.

The best views on Earth of the Milky Way are to be found here! You won’t believe the number of stars you’ll see.

In this section, we’ll recommend the resources we’ve found most helpful in our explorations of the Simpson Desert.

If you’d like to learn more about the history, exploration, flora and fauna of the desert, then The Simpson Desert by Mark Shephard is the ultimate book to read.

Unfortunately, Shephard’s very enjoyable book (it’s a must for all Simpson Desert fans!) is long out of print. Copies sell occasionally on Ebay and through book collectors at around $130 AUD.

However, if you live in Australia, you might be able to find it at a local library, or have your local library order it in. 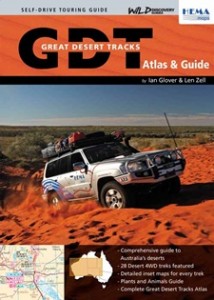 Hema’s Great Desert Tracks Atlas & Guide  is the ultimate outback track guide. As well as the Simpson Desert, it covers every desert track right across Australia.

However, its coverage of the Simpson is excellent. You’ll find lots of information on all of the tracks which cross the desert, what to take, how to prepare your vehicle, and an overview of the flora, fauna and cultural history of this fascinating place.

This is a large format, ring bound book printed on specially coated paper to make it hard wearing. In other words, it’s especially suited to bumping along in the back of a 4WD across the desert.

If you are planning a trip to the desert, DO NOT leave home without this book.

In fact, we’d advise that you buy this book before you go (it’s only about $45) to do all of your trip planning.

Whether you’re a ‘desert lover’ (AKA seriphile) or just someone looking for a serious 4WD journey, this informative guide with its complete atlas of easy-to-follow maps, is an indispensable companion. 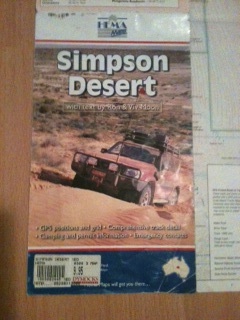 Another of our favourites is Hema’s Simpson Desert Map.

As you can see, our copy of the Simpson Desert map is coffee and desert stained and dog-eared because we’ve used it so much.